You must be here to know more about Spotify vs Gaana. Spotify and Gaana are both familiar names to the music industry. Spotify is no doubt the largest music streaming app. However, It found a competitor in the form of Gaana. Keep reading to know more about the whole story. 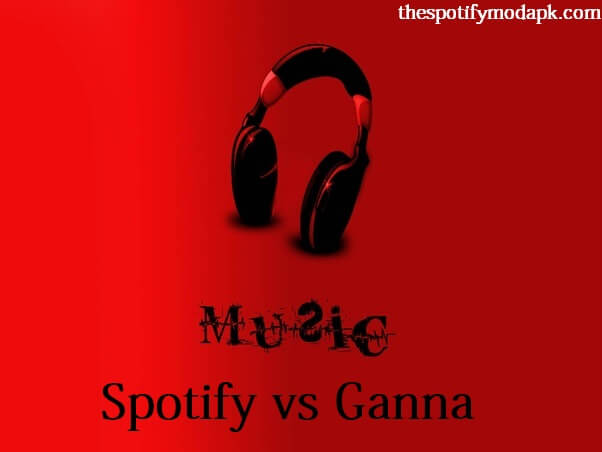 Comparison Between Spotify vs Gaana

Let’s not waste any time and directly move forward to the comparison. We have collected all the main features for you. This will give you enough knowledge about the apps. After reading this, you will be able to differentiate between Spotify vs Gaana.

Gaana allows you to play music on mobile in 160 Kbps. On the other hand, Spotify lets you play in 96 Kbps. Quality streaming on mobile is one of the factors in which Gaana outsmarts Spotify.

AD’s are an interruption in peaceful listening.

Ganna presents all its original podcasts and exclusive content without ads for free. On the other hand, the unpaid version of Spotify doesn’t let you do this.

Gaana has a slightly higher number of songs than Spotify. Spotify’s primary focus is to provide all the latest tracks of renowned artists. However, Gaana focusses more on promoting local content. The collection of songs is more organized in Spotify than in Gaana.

Spotify offers exceptional discounts for students. While the student packages are not provided by any other music streaming app.

Spotify’s desktop app supports every platform, such as Windows, Linux, and Mac. The desktop app for Gaana doesn’t yet exist.

Spotify has a beautiful UI. It is well organized. It is more User friendly. However, the UI of Gaana seems a little messy. There is too much stuff. Moreover, User doesn’t find it easy to use.

Is Spotify worth the money?

Every one gets second thoughts about buying the premium version of any music streaming app. Gaana is 70 % less costly than Spotify. But the point arises why do people still prefer Spotify? Despite being expensive, Spotify offers you amazing features. These features are nowhere near other apps. The algorithm of Spotify is amazing. The collection of international artists is also on point. The download feature allows you to listen to your favourite famous artists, where ever you are. The premium versions add less. Hence Spotify is worth the money.

Spotify and Gaana are both known for their extraordinary features. They share a bunch of common elements. Your choice only depends on the things you need.

They both have grown a lot. Before selecting any of the music streaming app, you need to list down your demands. Spotify and Gaana both have a vast user base. The type of music is a significant factor in deciding it. However, if you are more interested in Bollywood, then Gaana is better. Gaana covers a lot of local content. While if

you are more inclined towards international artists, then you should choose Spotify.

Spotify and Gaana are both made for the same purpose. The target audience for Spotify and Gaana is almost the same. However, choosing any of these apps won’t make any significant difference. But Hopefully, now you will be able to decide better between Spotify vs Gaana and select an app that fits your needs.